In my last post, I wrote about why I thought the turnout for the Maryland primary was so abysmal. The one thing you’ll notice about it, besides how well written it is, was not only did I not propose any real solutions, I admitted to being part of the problem. Well this certainly isn’t how a leader acts. I vowed very soon after to remedy this. So I present to you: ideas on how to increase voter turnout. You may notice that other people technically proposed the ideas. While they are leading by discussing solutions, I am leading by writing this introductory paragraph.

I asked each author to write about one idea to increase turnout in a paragraph or two. What they wrote is by no means their only idea, nor is it all they have to say about the subject. This is merely a way to explore multiple ideas and hopefully inspire others, including myself. Seriously, if I’m going to lead, I need to have some ideas.

I think one of the biggest reasons people tend not to vote is that they don’t think their vote matters. Therefore, one of the easiest ways to increase voter turnout is to increase the confidence voters have that their voice will be heard in government, both at the voting booth and afterwards. In an age when crowdsourcing has revolutionized many sectors, we still rely on industrial age techniques for gathering citizen input into major government decisions. These old structures make it much easier for a paid lobbyist to access and influence the halls of power than a regular person. Government leaders should be looking for new ways to gather input, using existing social media platforms to reach out to voters and re-designing government to make the crowd the dominant influence rather than lobbying firms. It will strengthen the relationship between voters and their government and make people more likely to vote.

Just as importantly, we need to get a grip on the out of control role of money in politics. The recent Supreme Court decisions essentially deprive regular citizens of influence in many elections. One interesting new model pioneered in New York City and which is being proposed on the local (by Councilman Phil Andrews), state (by me – shameless plug), and national level (by Congressman John Sarbanes) would be to amplify the voices of regular people by providing a publicly financed multiple match for their donations. So if you contributed $50 to a candidate, it might actually be worth $250 or $300 to that candidate. Especially in state elections, that would make smaller donors a heck of lot more important to most candidates than the folks with truly deep pockets whose donations wouldn’t be matched. It’s a great idea because it seeks to raise up the voice of regular people, and in New York it has worked wonders. Make the voice of regular people the dominant factor in elections again and they’ll be a heck of a lot more likely to show up on Election Day.

Open Up the Process to Increase the Number of Voters

You can chart the decline of Democratic voting rates in the County over the years, from nearly 40% in 1990 to now 24%. The big decline in Democratic voting happened from 2006 (108,337 Dems voting), when there was a competitive U.S. Senate primary, to 2010 (83,827 Dems voting), when there was no such high profile race. At the same time, the share of the population registering as independent or unaffiliated has climbed significantly in Montgomery County, from 13% of registrations in 1990 to 22% of registrations in 2010.

One step we can take to increase the number of Montgomery County residents who get to decide who actually represents them is to allow unaffiliated or independent voters (not Republicans) to vote in the Democratic Primary. I do not expect this would increase the overall turnout rate, but there is no question that the absolute number of Montgomery County residents who participate in the process would increase substantially. This would be a healthy step forward for our county. It is not a good thing to have such a small share of the population deciding who represents everyone.

Additionally, we could allow 16 year olds to vote in our Democratic primaries and County elections. There are many 16 year olds who are just as active and engaged on local and national issues as any adult and would vote. I have seen first-hand how 16 and 17 year olds can make a difference, Barack Obama’s Iowa Caucus victory in 2007. I served as the Campaign’s National Youth Vote Director and witnessed historic youth engagement first-hand; many 16 and 17 year olds were allowed to caucus according to the Iowa Democratic Party rules.

Takoma Park became the first municipality in the country to allow 16 year olds to vote in their May 2013 municipal elections, and many young people took the responsibility very seriously.

Increase the use of Campaign Slates

The urgency political activists feel may itself be turning off ordinary voters. In Legislative District 20, where I live, I heard many complaints about the large quantity of mail sent by nine aspirants for House of Delegates and five aspirants for District 5 County Council. All of these candidates seemed pretty similar on the issues and voters may have felt disinclined to discern the marginal differences among them.

Slates, or two or more campaigns sharing resources, have acquired a negative reputation for back-room politics. It is noteworthy that District 20 voters obediently followed the lead of their trusted State Senator and incumbent Delegate and elected the two newcomers recommended by the incumbents. This suggests that slates may play a useful role in bringing discipline to an unruly process.

Pre-primary slates could further enable candidates to reach more voters by pooling resources. When candidates with limited funds mail more and more literature to a smaller and smaller pool of “supervoters”, new voters or those who may have skipped a single election will remain uninformed, and more likely to decline to participate – while the supervoters feel besieged by too much “junk” mail and robocalls. While candidates working alone must concentrate on meeting a limited number of extremely likely voters, slates might enable communication with a larger pool of voters and expand teammates and volunteers’ availability for voter registration and Get Out the Vote activities. 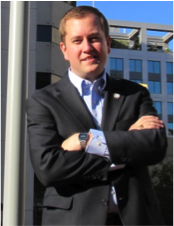 Engagement is the Name of the Game

Like many individuals who follow local politics, I was fascinated by the turnout figures from this past Primary Election. While some believe that the numbers are cause for alarm, I see a real opportunity for the Montgomery Democratic Central Committee (MCDCC) to reengage lapsed voters and encourage new voter registration. At the core of this question is my belief that this county does not have a voter access problem – if you want to vote, we make it extraordinarily easy with early and absentee voting. Rather, our county has a voter apathy problem, where the majority of our neighbors are disengaged from the political process.

As the new chair of the MCDCC, one of my top priorities is reaching out to new and less engaged Democratic voters. One way the MCDCC is working to tackle our county’s engagement issue is to actively reach out to newly registered Democratic voters. In the month of June alone, 1,128 new Democrats registered to vote in the county. Rather than waiting four years for them to receive any attention from candidates (and very little attention because they are newly registered in the state and thus not considered a top priority for turnout), the MCDCC will be targeting these individuals with mailings and phone messages inviting them to join our efforts. It is our firm belief that if people are simply asked to contribute in some way, many of them will partner with us, and stay engaged in the political process. 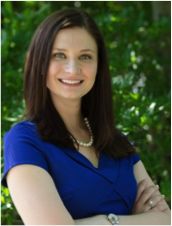 Study All the Barriers, Eliminate Them

There are so many ways that the MCDCC, elected officials, candidates for elected office, and interested Democrats can help increase voter turnout. As was mentioned in Abe’s first blog post on this subject, new groups of voters beyond those who are reliable primary voters must be engaged. The easiest way to do this would be to start with the regular, reliable general election voters, then branch out from there. What if the Democratic Central Committee conducted a survey of registered Democrats who have not voted in any recent election to find out what barriers exist that can be lowered? If it’s child care, lack of transportation, lack of information about candidates, or a lack of information on the numerous ways one can exercise their right – these are barriers that could theoretically be lowered or removed.

A second, but harder to implement idea, is that the Central Committee could be the clearinghouse for field coordination to make sure as many voters are reached as possible. If the goal of the committee is to serve as a truly neutral supporter of democrats selected by the voters during the primary election, then the Committee could coordinate with campaigns who could confidentially share their field strategies. MCDCC could then identify gaps in voter outreach to proactively reach out and drive general turnout numbers up.

However, the most important thing that all can do is to convey the importance of elections to friends and neighbors. All voters need to feel like the results matter – that the decisions made by elected officials impact their daily lives. This is a cultural shift, but one that is entirely teachable. I was raised by a single mother who immigrated to this country. The day she became a citizen, she took my sister and I out of school to drive with her hours away for her citizenship test and swearing in ceremony. I’ve never been more proud of her, and have never taken my privilege to vote for granted as a result. 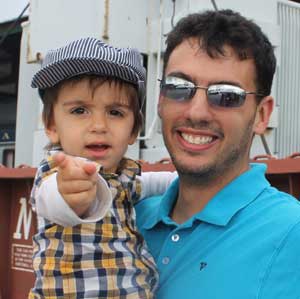 Abe Saffer is a Director of State Advocacy for the American Diabetes Association. He has been active in politics and advocacy in Montgomery County, having served on the board of the Montgomery County Young Democrats, managed multiple local campaigns, and worked for Delegate Jeff Waldstreicher (D-18). In 2012 he received his Masters in Political Management with a concentration in political communication and campaigns from the Georges Washington University. He lives in 20910 (Silver Spring) with his wife, Tonya. In his free time, he runs the 2038 Congressional campaign for his son Carson.

I am a Congressional lobbyist for the American Occupational Therapy Association, focusing on issues dealing with education for those with intellectual and developmental disabilities. I've been active in politics and advocacy in Montgomery County, having served on the board of the Montgomery County Young Democrats, managed multiple local campaigns, and worked for Delegate Jeff Waldstreicher (D-18). In 2012 I received my Masters in Political Management with a concentration in political communication and campaigns from the Georges Washington University. I live in 20910 (Silver Spring) with my wife, Tonya. In my free time, I run the 2038 Congressional campaign for my son, Carson.