Thanks for joining us for the second in our five-part neighborhood interview series. We spoke with several community members who are actively engaged in their neighborhoods. Learn about your neighbors and the neighborhoods they call home, including some history, current state, as well as possible futures. 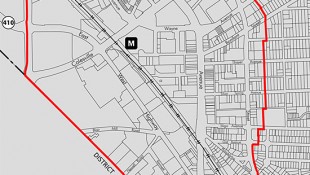 Our second interview is with Dan Reed, author of Just Up The Pike which focuses on East Montgomery County neighborhoods. In this interview, Dan shares his thoughts about the central business district of Silver Spring, that neighborhood most people think of when they hear, “Silver Spring.” Here are some highlights from the audio:

“When I was a kid in the early 90s, downtown Silver Spring was a not a place where you wanted to go… In the past couple of years, there’s been this amazing renaissance downtown.”

On the negative side of change: “There are legitimate concerns that the people who make this community great, whether it’s young people, or artists, or immigrant communities, or just anybody won’t be able to stick around, and that would be a real shame.”

On Moderately Priced Dwelling Units (MPDUs): “Since the 70s, [Montgomery] county has required that a certain percentage of new homes in any development, usually 12.5% but it can be higher, need to be set aside for households making lower incomes. The idea is to ensure that there is a supply of affordable housing.”

On historical preservation: “There is a new building that is going to go up at Georgia and Ripley… that entire block is going to be a new high rise apartment building. I have mixed feelings about it. I liked all of those businesses. I love the buildings they’re in. I love the way they contribute to Georgia Avenue. They’re historic. They contribute to this nice, compact human scaled street fabric that makes Georgia Avenue awesome. And we’re going to lose them, but in return, we’re going to get several hundred new apartments, new residents that can support new business. We’ll have ground floor retail that can support new businesses.”

“There are some people or retailers who are not always comfortable with the demographic mix in downtown Silver Spring.”

Listen to the entire interview interview as Dan shares his views on new businesses he would like to see open in Silver Spring, the state of Ellsworth Place (“The Mall Formerly Known as City Place”), and the Purple Line. You can also find the first interview we ever did that was also with Dan Reed here. We love Dan Reed.